Cast Announcement for Done to Death 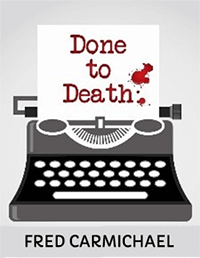 Directed by Nancy Lafferty, the murder-mystery comedy is written by Fred Carmichael. The plot focuses on five has-been mystery fiction writers who are brought to the mysterious Vulture's Vault to collaborate on and write a new murder-mystery TV series. When real murders start to happen, hilarity ensues.

The play is a huge parody of the murder mystery genre as the writers have their own styles that they use in hopes of figuring out the murders. The show is fast paced and full of action!